Our shared priority is to #ProtectStudentChoice by ensuring that AGQs continue to play a major role in the future qualifications landscape.

We need the support of school and college leaders, governors, students, parents, teachers and support staff to make the campaign a success.  There are lots of ways to get involved. For example:

For more information about getting involved email us at info@sixthformcolleges.org.

Additional data and analysis can be found in SFCA’s response to the second stage of the DfE’s consultation.

Btecs could be scrapped as teachers and students ‘deeply concerned’ by Government ‘defunding’ plan, MSN

Set out below are just a few case studies of students that have benefitted from pursuing Applied General Qualifications. We will update these case studies on a regular basis. 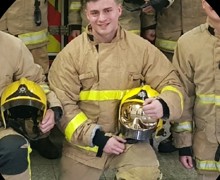 Leon studied Public Services BTEC at Outstanding Blackpool Sixth Form College, and progressed on to university to study Fire and Leadership Studies at UCLAN, whilst also being a Volunteer Firefighter at Blackpool Fire Station. He now works for a Health and Safety company as a fire safety consultant, completing fire risk assessments and fire safety audits for businesses all over the UK. He says the BTEC course "provided a great introduction to working in the emergency services and sparked my interest to develop my career within the fire safety sector." 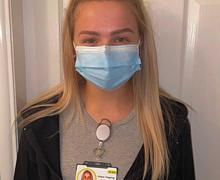 Chloe studied Public Services BTEC at Outstanding Blackpool Sixth Form College, and has moved on to become a mental health support worker, providing 24 hour care and support to vulnerable people aged 18+. She is hoping to move on to do mental health nursing at university to help her progress towards her aim of becoming a mental health nurse in a high security psychiatric hospital. Of the course she said: "The course was excellent, from the practical tasks to the wide range of visitors and various lessons. I am so glad I chose to do this course as it expanded my knowledge of the public services and also opened my mind to different paths I was eager to look into. I feel my time at college would not have been the same if I didn’t choose this course, the best two years of education I have had by far."

Josh studied triple Travel and Tourism at Blackpool Sixth Form College and achieved a triple Distinction Star before going to UCLan Preston to study International Tourism Management. During his second year he studied abroad at the UClan campus in Cyprus as part of the Erasmus programme. During his final year of university, he undertook an international field trip module which included a trip to Cambodia, where he combined tourism and doing research into the tourism industry in Siem Reap. He also had a part-time job to add experience to his CV and earn extra income. He graduated with a first-class degree with honours. He said: “I was relieved my hard work paid off and on reflection, a main reason for that was my genuine interest in Travel and Tourism. My enthusiasm for the industry grew enormously whilst studying at Blackpool Sixth Form. With the help of my tutors and friends around me in class, I learned so much and I loved how interactive the course is. It’s not like any other and the way the course is taught is so refreshing in comparison to traditional subjects. “

Since completing his degree he has moved out to Cyprus and worked briefly at the Radisson Hotel in Larnaca before moving on to work for a multi-billion dollar company providing customer service and working on their social media channels. He is hoping that in the near future he will be able to take the course that allows him to become a fully qualified Air Traffic Controller.

Elda arrived in the UK from Portugal aged 16 able to speak only a little English. She had to work part-time to support herself and was working nights as an office cleaner in Oxford Circus until 7am then traveling to college by bus, a journey of an hour. Elda would not have been able to combine a T level programme with part-time work. She needed the time at college to build her knowledge, confidence and skills.

Elda studied at Leyton Sixth Form College to improve her language skills and to achieve BTEC qualifications in travel and tourism. From the beginning, she was committed to studying and learning and proactive in finding ways to develop practical skills from work experience and part-time work within the hospitality industry.

Elda’s special skill is her ability to deliver outstanding customer service, a vital skill in hospitality and tourism. She has received recognition and praise from all the organisations she has worked for including the Kickstart Alumni recognition award from Springboard the hospitality charity in 2017 for her efforts in travel, tourism and hospitality.

Working at a hotel has provided her the opportunity to develop leadership skills and extend her management skills. During work experience in a travel agency Elda exceeded expectations by taking on additional tasks and completing them to a very high standard, she has since been offered full-time employment with a training contract there.

Elda is now at The Edge Hotel School, University of Essex approaching the end of a two-year degree in Events Management to further her skills and experience for a future career. 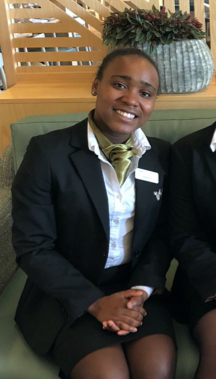 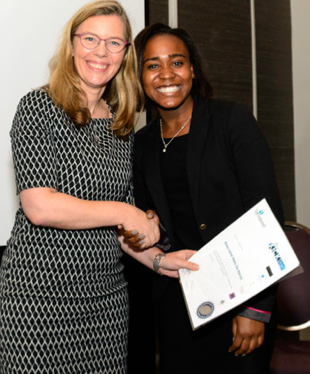 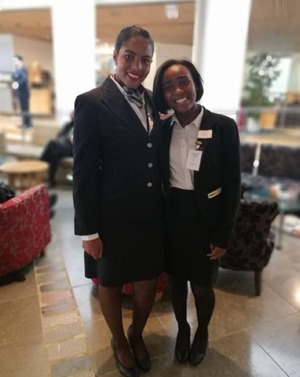 Elise is an ex-student of Leyton Sixth Form College and studied Level 3 Health and Social Care. It impacted her journey to success as she went on to studying Adult nursing at a top university for nursing  - University of Southampton. Elise successfully completed the three years and achieved a 2.1 in BSC Adult Nursing honours degree.

Elise said ‘While studying at Leyton college, we studied many units in which I still find beneficial today. I studied anatomy and physiology which was my first unit in university and constantly use in my nursing career. I will definitely need this unit throughout my life as a Nurse. Another unit I felt really was beneficial was the safeguarding unit and health promotion as they both link well into my newly qualified post. Furthermore, this course allows you to study so many subjects in one such as sociology and psychology and in a good amount of detail which was good and two of my most enjoyable units.

Currently I am a newly qualified registered nurse working as a tissue viability nurse’. 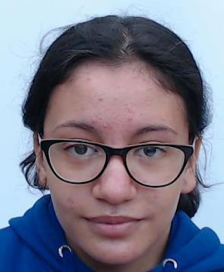 Rahma moved from a BTEC Business course when she realised that her true passion lay within Health and Social Care. Unfortunately, in her first year, Rahma had to undertake serious back surgery which meant that she did not attend college for 5 months. This also had a knock-on effect in terms of her resitting her GCSE Maths. Due to the flexibility of the BTEC course, Rahma was able to stay up to date with her coursework and devised a distant learning plan to ensure that she did not have to re-sit the year. Studying a BTEC gave her the opportunity to use different methods of assessment and gain the required vocational placement experience. Rahma went on to the 2nd year and achieved D*D*D*, she is now studying Child Nursing at City University. 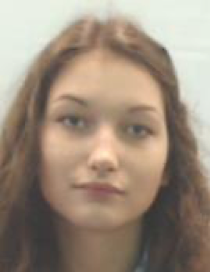 Joanna started college with very low prior attainment and without GCSE Maths or English. Coupled with this, she also had to work part-time in a job unrelated to HSC due to financial difficulty.  She also completed a BSL course. Joanna worked really hard to juggle all aspects of the course and stated that without Applied Generals, she wouldn’t have fallen in love with the concepts of Psychology and Criminology and the social care aspect of the course. She also improved her English language skills and was given the opportunity to complete the QMUL award where she achieved a Platinum award. Joanna achieved D*D*D* and is now studying Criminology and Psychology at City University. 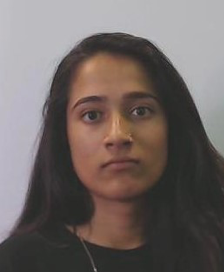 Levina was attracted to the BTEC in Health and Social Care because she found the demands of an A-level course too much but wanted the mix of academic and vocational experience coupled with her part-time job in retail that she could not afford to give up. Levina didn’t want to do an Early Years course as she wanted her route into studying Education to be more diverse and found Health and Social Care suited her because it combined social care elements as well as the Sociology and Psychology units. Levina achieved D*D*D* and is now studying Education, Culture and Society at Goldsmiths.

Priya studied double fashion and media, this covered promotional advertising, fashion, photography and garment construction. Due to Priya’s drive and skills, she managed to gain work experience with ASOS through the ‘worky’ website which usually targets graduates. The AGQ course gave Priya rounded skills to embark on the work experience and she went on to study at the University of the Arts London. There is no T Level available that would have been able to incorporate the range of skills developed through her AGQ which led to Priya’s success.

Due to Ryan’s responsibilities at home, having to care for older and younger family members, he had issues with attendance throughout his two years on the Applied Science course.  The structure of his AGQ course enabled Ryan to complete his coursework at times that were convenient for him, in order to achieve a D*D*D* grade.  The flexibility of the course was instrumental for Ryan and he would not have achieved his Level 3 Qualification on a T Level or A Level programme. Ryan has now received an offer to study Biological and Medical Sciences at the University of Liverpool after his gap year.

Amena started the Applied Science course with one of her GCSE Science grades below a C.  Despite this starting point, the structure of the AGQ course along with her excellent work ethic and determination enabled her to achieve a D*D*D* grade at the end of two years and she has now progressed to study Pharmacy at the University of Lincoln.

Stephanie (current Y2 double applied science + Criminology) has a part-time job and is a young carer. She was able to secure work experience at Eurofins, a global biotechnology company, but only after she turned 18 as she couldn't go in the labs as an under 18 year old.

Following her work placement, Stephanie has secured a job after she leaves college with Eurofins.

Craig (current Y2, double applied science + A level Maths mixed programme) - is a young carer and wouldn't be able to commit the time needed to T level work and would be unable to do A level maths with the T-level

The end for Btecs?, Leader

Williamson announces plan to scrap 5,000 qualifications – but will anybody notice?, FE Week

Funding ban for new level 3 and below qualifications, FE Week

The future of applied generals hangs in the balance, TES